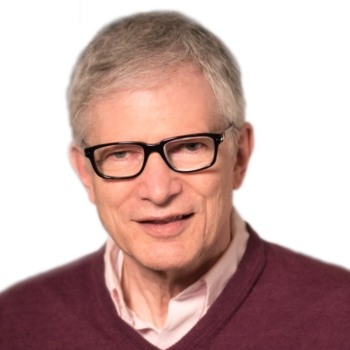 8
Articles / Tantra
The Koshas: Five Layers of Being
Yoga is an inward journey through five koshas, or sheaths—from the outermost, physical layer to the innermost, subtlest layer. These koshas are like shades covering a light. Learn how yoga practices make them more transparent, boosting our energy, clarity, joy, and stillness.

Rolf Sovik, PsyD
9
Articles / Meditation
The Gayatri Mantra: Awakening to the Sun
Illumine your mornings and evenings with quiet joy by practicing the time-honored gayatri mantra. Embodying the collective wisdom of the entire Vedic revelation, the gayatri mantra leads us toward self-realization. Rolf Sovik explains the symbolism of the Vedas, gives a detailed explanation of the mantra, and offers a short practice.

Rolf Sovik, PsyD
76
Lectures / Meditation
Nurturing Our Spiritual Heart Through Meditation
How do we discover and nurture our spiritual heart? What can we do when our heart is weighed down by strain, stress, and emotional tension? The ancient yogis knew the meditative techniques to dissolve the burdens that weigh on our heart, and have gifted them to humanity. In this never-before-seen lecture video from 2008, Rolf Sovik teaches a time-honored technique of meditation that focuses on relieving emotional fatigue while redirecting—and uplifting—our emotions to serve our highest self. With gentle grace and humor, Rolf explains the subtleties of working with our emotions: focusing on the emotional experience at each of our three lower chakras, and finally meditating at our heart center—the key to our higher emotional life that blossoms into spiritual unfoldment. Bookended by two guided meditation practices, this unique lecture gives you the practical tools and knowledge you need to start your own meditation practice, or deepen your current one.

Rolf Sovik, PsyD
10
Articles / Yoga Practice
Quiet Your Inner Critic
Do you compare yourself to others in yoga class and judge yourself for not being as strong or flexible? How can we quiet old self-critical voices so we can be open to new teachings? Rolf Sovik examines how to deal with our inner critic, so that yoga can be the oasis of safety and self-confidence it is intended to be.

Rolf Sovik, PsyD
9
Articles / Meditation
10 Tips for Reducing Distractions in Meditation
Why is it so hard to make the mind one-pointed in meditation? Rolf Sovik explains how the concentration process relates to the five states of mind described in the Yoga Sutra, and he shares his list of meditation’s top 10 distractions, along with practical tips for resolving them.

Rolf Sovik, PsyD
11
Articles / Yoga Practice
7 Tips to Recharge Your Asana Practice
Tired of your asana routine? Breathe new life into your practice. What makes any session different from others is the awareness we bring to it. Rolf Sovik offers seven tips to awaken awareness, promote healing and vitality, and recharge your time on the mat.

Rolf Sovik, PsyD
10
Articles / Wisdom
The Niyamas: Keys to Spiritual Progress
Yoga’s five niyamas (observances) are the keys to progress on the spiritual path. Rolf Sovik explains how practicing the niyamas helps us cultivate greater health, contentment, and self-confidence, as well as greater understanding of ourselves and life’s higher purpose.

Rolf Sovik, PsyD
4
Classes / Relaxation
Short Centering Practice
When we are centered, we can carry out our many activities with grace and skill. Join Rolf Sovik in a mini guided relaxation that will help you find center in your body and breath. Take a moment to rest and recharge, and make even your busiest days more balanced and harmonious. Format: .mp3 audio file with download Length: 4 mins

Rolf Sovik, PsyD
17
Articles / Yoga Practice
Panic Attacks: How Yoga Can Help
Do you suffer from panic attacks? Rolf Sovik explains how to recognize a panic disorder, how to explore its causes and resolve conflicts, and how to calm ourselves with the time-tested, stress-reducing tools taught in yoga: deep, relaxed diaphragmatic breathing and meditation.

Rolf Sovik, PsyD
11
Articles / Wisdom
The Yamas: Creating Harmony in Daily Life
It can be hard to change unproductive habit patterns. Yoga’s yamas (restraints) and niyamas (observances) help us to do just that. Learn how the five yamas alert us when our actions are out of sync with our spiritual aspirations and how they help us understand and manage the emotions driving our actions—allowing us to relate to ourselves and others in a more harmonious and balanced way.

Rolf Sovik, PsyD
6
Talks / Wisdom
Moksha Shastra: Liberation Teaching
So far in the Peace in Your Life series, Rolf Sovik has led us through an exploration of the forces that bind us and those that free us. Now, in the final installment, he provides concrete ways we can apply this wisdom to our daily life. Learn the timeless principles of moksha shastra, the teachings that leads to liberation and upliftment. Format: Video with audio download Length: 6 mins

Rolf Sovik, PsyD
4
Articles / Meditation
Do You Meditate?
Meditation leads to the simple pleasure of knowing one’s self. In this engaging story, Rolf Sovik relates how his teacher, Swami Rama, first inspired him to meditate, and how over the next 30 years taught and guided him, and countless others, the systematic method of meditation that leads to deeper experience of inner life—the highest knowledge.